The night when I lost control

This images was added on January 10, 2014, and has been viewed 660 times and downloaded 119 times .
You can see more images similar to this one from right side bar. 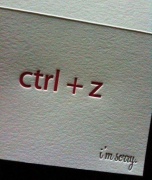 Organic Chemistry Exam Before And After

The night when I lost control