Pincaption selected a perfect "What Meme" image.
Download What Meme image, and other similar images listed in Facebook Comments category.
The title of this image is What Meme.

This images was added on September 2, 2015, and has been viewed 280 times and downloaded 49 times .
You can see more images similar to this one from right side bar.

touch my cake, i will cut u 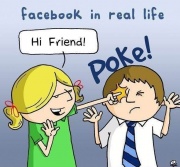